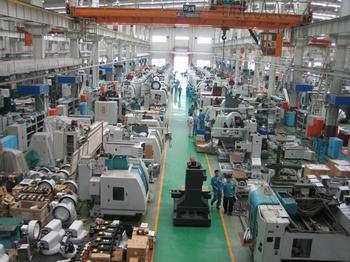 Some experts said that the golden decade of rapid growth in the Chinese machine tool industry has come to an end. If so, last year can be considered a watershed. In 2012, the operating status of China's machine tool companies can be described as "dismal." Although official statistics still increase year-on-year, the feelings of companies are mostly different.

Simply put, production and sales have fallen by 40 percent, orders have been reduced by half, profits have plummeted to a loss, and the status quo of most companies can be summarized. Of course, companies are generally reluctant to truthfully state this situation. After all, this result is depressing. Recently, the annual report has revealed that, from the public data of listed companies in the machine tool industry, the net profit of enterprises in 2012 all fell without exception.

Net profit does not reflect the overall picture of the company's operations, but it is undoubtedly one of the most gold-rich data. Taking the development of Qinchuan as an example, last year it achieved a net profit of 10.8956 million yuan, a decline of 90%; Shenyang machine tool realized a net profit of 23.2941 million yuan, a decline of 70%; the Kunming machine tool with a good profitability was a loss of 73,202,200 yuan, a year-on-year decrease of 234%. The situation of other listed companies is largely the same: Yawei shares fell nearly 10%, Fain NC declined by nearly 30%, Nissan declined by 30%, Huazhong CNC declined by 40%, Nantong forged by more than 30%, Nantong Technology declined by more than 70%, East China Both CNC and Qinghai Huading have suffered losses, and the decline rate reached 572% and 416%!

There are also fewer than 5,000 machine tool companies in China. There are few successful landings in the securities market. Conversely, although these listed companies have large or small scales, it is an indisputable fact that each of them has its own specialty and distinctive characteristics. The reporter arbitrarily speculated that companies with strong innovation and profitability are still doing so, and the situation of other companies is also conceivable.

Looking at the situation in the first quarter, taking East China CNC as an example, on the evening of April 11, 2013, the company released a performance correction announcement. It is expected that the first quarter of 2013 will have a loss of 1,500 to 20 million yuan. The reasons for the correction are: In the first quarter, for some reason. There are many sales orders for large-scale machine tools that are tardiness. The difference between market prediction and actual completion greatly affects the benefits.

The reporter learned from the China Machine Tool Industry Association that in the first quarter of this year, the machine tool industry continued its trend since last year, and Wu Bulin, executive vice chairman of the association, believes that there are currently signs of bottoming out. In spite of this, most companies, after experiencing the great ups and downs in recent years, are more confused and wait-and-see mood for the future.