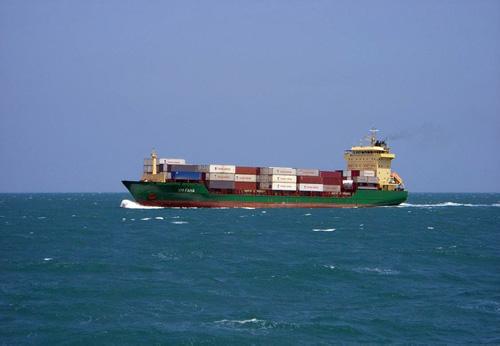 On August 28, Rongsheng Heavy Industry announced in Hong Kong that its operating income in the first half of the year was reduced by 71.1% to 1.58 billion yuan, and the shareholderâ€™s loss was 290 million yuan, compared with a profit of 220 million yuan in the same period of last year. The total amount of loans due within one year of the company is still close to 10 billion yuan.

Chen Qiang, chairman and chief executive officer of the company, stated that in order to improve the income situation, the company has taken various measures to control costs, increase efficiency, and reduce management expenses significantly. At the beginning of the year, Rongsheng Heavy Industry had a total of more than 10,000 employees. At present, it has already laid off 20% of its employees, leaving only 8,000 people.

However, in the first half of the year, the demand for the shipbuilding industry did not improve and the price of the new ship remained low. According to Wang Shaojian, chief financial officer of the company, ship prices have gradually recovered from June to August, and the price of the ship has been improved compared to the first half of the year. It is unlikely that the ship price will decline again in the future.

In the first half of the year, Rongsheng Heavy Industries Co., Ltd. delivered a total of seven vessels. By the end of June, it had 86 orders for a total of 86 ships, with a total contract value of US$4.57 billion. The delivery period was scheduled to reach 2016.

Wang Shaojian stated that the company will complete the existing orders first, and will not accelerate the receipt of new orders; because the ship price is always low, if the ship price rebounds, the cost of shipbuilding will increase, or it will cause greater losses.

In July, New World Chairman Zheng Jiachun subscribed for a 1.4 billion Hong Kong dollar convertible bonds issued by Rongsheng Heavy Industries to help solve the pressing problem. Chen Qiang said that most of the proceeds from the fund-raising will be used as general operating expenses, and the remaining funds will be used to make orders on hand and to repay loans due.

In addition, he mentioned that the companyâ€™s debt ratio has slightly decreased, but the total amount of loans due within one year is still close to RMB 10 billion. The company has prepared the processing method, including the newly issued convertible bonds. Zhang Zhirong, the majority shareholder, has already paid 200 million yuan for the expenses of the company. The company is also discussing the subsidy issues with the local government. With strong support for research and development, the group has not yet had a financing plan in the near future, he said.