Part I: Development of Infrared Thermal Image and Current Situation in Domestic Use

Since infrared radiation was discovered by Herschel's most primitive thermal detector made with a mercury thermometer in 1800, people began to use various methods to detect infrared radiation and apply them according to the characteristics of infrared light. Has become a variety of infrared detectors, such as thermal radiation detectors (thermometer detectors, resistance bolometers, pyroelectric detectors) and semiconductor photodetectors (photoconductive detectors, photovoltaic detectors, etc. ). Initially, people could only use a single detection unit to scan the light by means of an optical scanner and collaborate with cryogenic refrigerators to achieve image detection; later, there were more than 10,000 detection unit numbers and two-dimensional N with self-contained signal readout circuits. Ã— M-element Focal Plane Array (FPA) detectors; and nowadays, integrated third-generation detectors for signal processing circuits, signal readout circuits, preamplifiers, analog-to-digital converters, etc. are called â€œsmartâ€ (smart). ) The gaze of the large array focal plane has also begun to emerge.

The infrared focal plane thermal imager is a device that can detect the infrared radiation of a target, and can convert the temperature distribution image of the target object into a video image through photoelectric conversion, electrical signal processing, etc., and is a light collecting device, an electric machine, and an electric device. Cutting-edge technology in one of the high-tech products. Because of its strong anti-interference ability, good concealment performance, high tracking and guidance accuracy, it has been widely used in military and civilian fields.

An infrared sensor array has an array of photosensitive elements arranged on the focal plane. Infrared rays emitted from infinity are optically imaged on the photosensitive elements of the focal plane of the system. The detector converts the received light signals into electrical signals and integrates them. Amplify, sample and hold, finally deliver the image to the monitoring system through the output buffer and multiplex system.

2. According to the principle of interaction between light radiation and matter, it is divided into photon detector and heat detector.

3, according to the structure is divided into monolithic and mixed type two.

4, according to the imaging mode is divided into scanning and staring two

Infrared thermal imaging cameras are mainly used in the following industries in China:

l Building inspection: Detect the energy saving, leakage and emptying of the house.

l Predictive maintenance of equipment: The patrol check is performed on the working status of the equipment and the problems existing in the equipment are discovered in advance.

l R&D and quality management: It mainly tests the heating state of products to improve the quality of products.

l Others: such as research, education, and medical care.

At present, infrared thermal imaging cameras have been used in some domestic construction industries. The main applications are:

In 1800, the British astronomer William Herschel used a spectroscopic prism to decompose sunlight into monochromatic light from red to purple, and in turn measured the thermal effects of different colors of light. He found that when the mercury thermometer moved out of the red light boundary and the human eye could not see any dark areas of light, the temperature was higher than the red light area. Repeated tests have proved that there is indeed a â€œhotlineâ€ that is invisible to the human eye on the outside of the red light, and later called â€œinfrared raysâ€, that is, â€œinfrared radiationâ€. Any object in nature, as long as the temperature is above absolute zero (-273.15 C?), it will emit energy in the form of electromagnetic radiation in a very wide wavelength range, producing electromagnetic waves (radiation energy).

From Planck's law, it can be known that the higher the temperature of an object is, the more its peak energy of radiation leans towards the short-wave direction. Therefore, an infrared thermal imager, especially an infrared thermal imager used for building detection, usually has a working wavelength of 8 In the long-wave band of -14Î¼m, the temperature range for infrared detection of buildings is generally in the range of -20-100Â°C.

Infrared thermography is a new kind of photoelectric detection device, which can instantaneously visualize the thermal information on the surface of the measured target and quickly locate the fault. With the help of professional analysis software, it can be analyzed to complete the construction, energy saving and safety inspection. And electrical preventive maintenance work.

The camera consists of two basic parts: the optics and the detector.

The optics collect the infrared radiation emitted by the object onto the detector. The detector converts the incident radiation into an electrical signal and is then processed into a visible image, ie a heat map.

Water seepage in the building can cause carbonization of the concrete surface, causing cracks in the surface of the concrete to corrode the steel bars, increase the diameter of the steel bars after corrosion, and continue to expand the cracks, thereby endangering the structural strength of the building; at the same time, building leakage can also cause serious damage to the residentsâ€™ normal lives. Great influence.

After the building has been subjected to a thermal load (eg, after exposure to sunlight in a hot, dry sunny day), an infrared thermographic inspection of the building's exterior wall and roof is performed. The east wall can be checked in the afternoon, and the south and west walls and roof can be checked after sunset. After identifying leaks in the exterior wall and roof, inspections are performed inside the building to further confirm the external test results. Infrared thermal image detection can also indicate areas in the ceiling and walls caused by leaks, water pipe breaks, etc.

Case I: Detection of leakage of office building roof of a certain water company in Shanghai

The building has a total of five floors, and the top floor is an external unit with two rows of air-conditioning units. The operating hours continue to operate. Due to the condensation of air conditioners, there is always water in the air-conditioning area on the roof. As a result, there was water leakage in the walls of the fifth floor room and the fourth floor room; at that time, there was a leak somewhere on the roof. However, the roof area is large. If the total repair cost is too high, the thermal image detection is used to reduce the repair. Job location reference.

The scope of leak detection through the five thermal images was reduced within 1 metre of the connecting wall joint between the roof surface and the Western gable. This area was only 1% of the original suspected leak area, and was later confirmed and repaired through construction. The leak point.

The use of hot water can make the obvious change of temperature distribution in the leakage part. High water temperature and large amount of water will make the detection effect of thermal image more obvious. This detection method can not be directly applied to the surface of the external wall because of the installation position, moisture, etc. At the site where the thermal image inspection was performed, leaks were found inside the room and verified using the changes in water temperature.

Due to the heavy use of wood components that are not subject to termite prevention during construction and decoration, and the fact that the site environment is relatively humid, it provides necessary water for the survival of termites, making this part of buildings and wood components also vulnerable to termites and threatening. The safety of the building itself.

Termites have the characteristic of strong concealment. Compared with traditional detection tools, termites can rapidly scan parts of the entire building in a few meters or tens of meters, and can quickly and easily determine the possible occurrence of termites in buildings. This will not only save time for inspection but also improve the accuracy of the inspection.

The use of an infrared thermal imager for termite control highlights two main points:

For the humid part, due to the temperature difference formed by evaporation of the surface moisture, the thermal imager can quickly detect and replace or repair the parts of the wooden parts with moist surfaces in time.

Because termite ant spot heat capacity and heat transfer coefficient are not the same as normal building materials, termite ants can be easily positioned by temperature difference.

Previously, when detecting termites at the residence or office location, two types of detection methods were commonly used: visual inspections and instruments that can recognize sound waves emitted by termites.

However, these detection methods have their own limitations. For example, termites hidden in wood may not be detected by the naked eye, acoustic instruments may detect other similar sounds, and the infrared thermal imager may avoid this problem.

In November 2006, the â€œTechnical Regulations on Detecting the Adhesion Defects of Exterior Wall Finishing of Buildings by Infrared Thermal Imagingâ€ approved by the Shanghai Institute of Real Estate Sciences and the China Engineering Construction Standardization Association, was published. This standard uses infrared thermal imaging for construction purposes. The wall was subjected to scientific and detailed guidance for the investigation of the hidden dangers of the fall of the outer wall decoration due to hollowing, cracks, and other reasons.

The detection time is preferably 1 hour before the morning sun rises, and 1 hour after the sun goes down in the afternoon. The detection at noon needs to avoid direct sunlight.

Case 3: The empty building facade photographed by the Shanghai Institute of Astronautics on building quality and energy conservation testing. 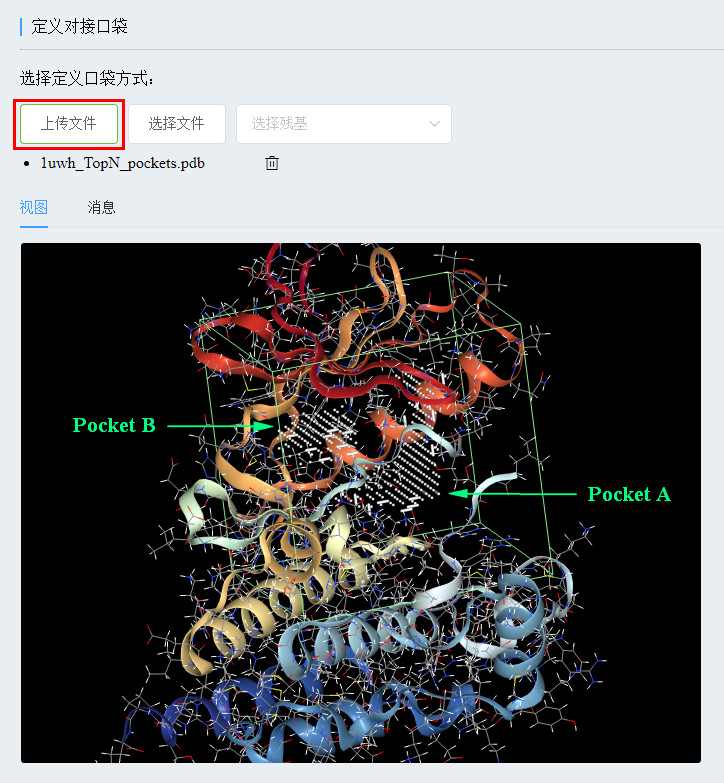 At the end of 2009, the China Academy of Building Research developed two standards for building energy efficiency and issued the National Construction Engineering Quality Supervision and Inspection Center. The two standards are: 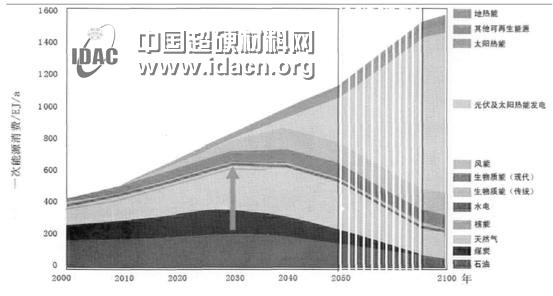 Use a portable thermal imaging camera to check the construction quality problems during daily inspections. After discovering the problem, take an infrared heat map (including visible light) and use the voice recording function to explain the location of the problem. Then use the thermal image to perform the problem. Perform maintenance; or identify areas that can be infiltrated, especially parts that cannot be judged at ordinary times, thereby greatly improving maintenance accuracy and maintenance efficiency.

The infrared camera is a lightweight, compact and easy-to-use building inspection instrument. It has the advantages of high sensitivity, rapid detection, no need for lighting, etc. It is only necessary to simply pull the trigger to obtain a high-quality thermal image. The infrared thermal imager provides a new detection method for the â€œdiagnosis of the construction industryâ€, which greatly improves the accuracy, effectiveness and rationality of the detection, and makes the non-destructive testing of buildings more scientific, progressive and practical. 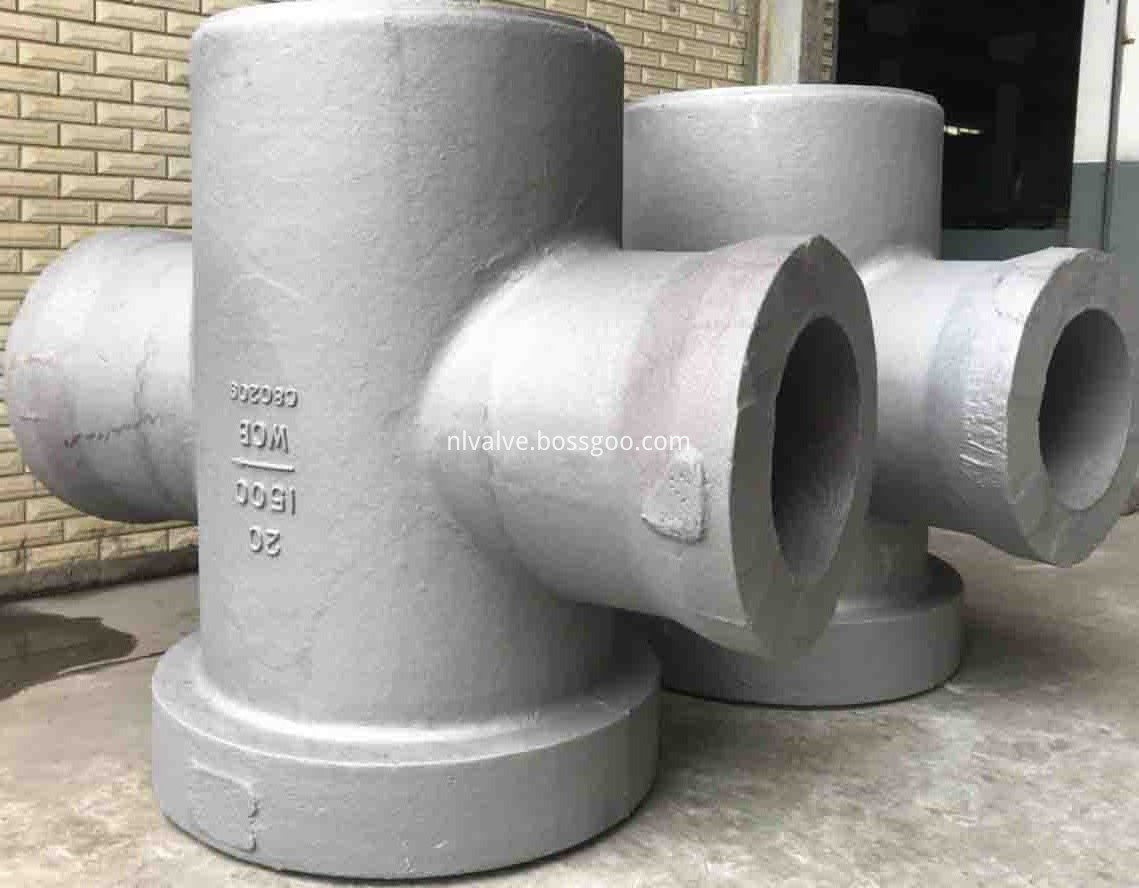